For a guy who refused to perform Creedence Clearwater Revival songs for many years, John Fogerty sure is making up for lost time.

In “Wrote a Song for Everyone,” Fogerty decides to re-record several CCR classics as duets featuring a diverse range of singing partners including Kid Rock, My Morning Jacket, Alan Jackson and Jennifer Hudson. It marks the second time he’s revived his CCR material since rejoining Fantasy Records in 2005 after many years of estrangement and litigation (including one case that went all the way to the Supreme Court). His blood feud with then-Fantasy head Saul Zaentz, whom Fogerty believed had cheated him out of royalties, cost him his relationship with his bandmates (Stu Clifford, Doug Cook and big brother Tom Fogerty) and nearly destroyed his career.

Fogerty detractors will say that those injuries were self-inflicted– just desserts for behaving like a gigantic egomaniac during CCR’s heyday (in fact, there’s an easy joke to be made that “Wrote a Song for Everyone” is really just John Fogerty paying tribute to his favorite artist). His absolute control over the songwriting process drove his bandmates away while his decision to sign what’s been called “the worst record deal of any major American recording artist” came back to haunt him when he had to sign away his CCR royalties in order to pursue a solo career away from Fantasy. (In fact, that CCR contract was so one-sided and unfair that it’s still used as a study tool today.) As such, it’s understandable why he wouldn’t want to play CCR songs for many years since doing so would only line Saul Zaentz’s pockets.

That’s no longer an issue, and Fogerty is back to singing the songs that made him famous. While it’s nice to see him embrace his past, his current album is surely a cash-grab. He may have lacked business chops when he signed that original Fantasy record deal, but Fogerty is savvy enough nowadays to know that anything with Creedence on it will sell. In fact, his last album to go gold in the United States was “Premonition,” a 1998 live album that mostly featured Creedence songs.

And the reason why Creedence still sells is simple: Their songs are great and everyone loves them. With that in mind, it makes sense that Fogerty and his duet partners do not deviate much from the original CCR songs. After all, if it ain’t broke, don’t fix it. With one major exception (see below), Fogerty stays away from radical new arrangements. Instead, the duets follow a strict formula. The opening riff is played by Fogerty’s duet partners, allowing them to put their own stamp on the song right off the bat. Then the partners sing the first verse, they both sing the chorus, Fogerty does the second verse, rinse, repeat, wash. While it’s formulaic, it works- in most cases, the collaboration enhances the original CCR song by giving it additional subtext and emotion. The Foo Fighters add an element of aggression to “Fortunate Son” that makes the political protest song sound even angrier. Keith Urban’s banjo adds mirth and joy to one of Fogerty’s best-known solo tracks, the upbeat “Almost Saturday Night,” while Fogerty seems to have a little extra pep in his voice when singing “Lodi” with his two sons, Shane and Tyler, on guitar. The best track, however, is “Who Will Stop the Rain,” which features Bob Seger’s mournful singing and keyboard playing that blend perfectly with Fogerty, giving the song some extra muscle and emotional weight. A close second is Brad Paisley engaging in a vocal and guitar duel with Fogerty on “Hot Rod Heart,” the only cut from Fogerty’s best solo album, 1997’s “Blue Moon Swamp.” It’s an excellent take on an extremely underrated song and it almost makes me forgive Paisley for “Accidental Racist” – almost.

The only misfire on the album is Fogerty’s duet with Jennifer Hudson on “Proud Mary” (two if you count Kid Rock doing “Born on the Bayou” – but that’s because I automatically hate anything that involves Kid Rock). The two try to recreate Ike & Tina Turner’s version of the song, a version Fogerty is on record saying that he loves. You wonder why he couldn’t just call Tina Turner and get her to do the duet. That pairing probably would have been enough to sell the album to most people. Meanwhile, the two new cuts on the album, “Mystic Highway” and “Train of Fools” are fine, but don’t hold a candle to his stuff from “Centerfield” or “Blue Moon Swamp.” Speaking of those albums, I would have liked to hear duets for some of those cuts, like “Blueboy” or “Southern Streamline” (perfect for a country singer), or “Rock ‘n Roll Girls” (any rock star would fit here). Or, if he really wanted to be cheeky, he could get Noel Gallagher, Chris Martin, Robin Thicke or any other artist who has been accused of plagiarism and duet with one of them on “The Old Man Down the Road” – A/K/A the song that caused Zaentz to sue Fogerty, accusing him of copying one of his old CCR songs (“Run Through the Jungle”).

All in all, “Wrote a Song for Everyone” is a good album and a worthy addition to Fogerty’s glittering resume. Plus, it’s nice seeing him happy and productive again. He’s even writing his memoirs, which should come out in 2014. Now that will be an interesting read… 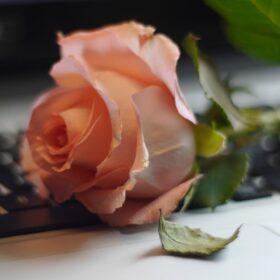 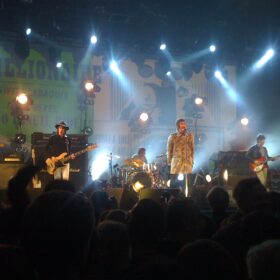