Comments Off on My First Trip to Coin-Con

With well over 100 dealers on the bourse and enough gold and silver pieces for Scrooge McDuck to do some light wading (but definitely no springboard diving), there were no shortage of options for attendees looking to spend some hard-earned cash. There were booths devoted to ancient coins, dealers specializing in foreign coins, and even a handful of tables featuring paper currency and non-monetary tokens.

The vast majority of merchants at the show, naturally, offered U.S. coins for sale. And of those dealers, it seemed like they all had hundreds of Morgan and Peace silver dollars available – many in PCGS or NGC slabs.

In fact, the bourse was so saturated with silver dollars (some dealers even had buckets full of them) that it was easy to become blasé about the entire show. I saw the same sealed Carson City Morgan Dollar slab at dozens of booths and it seemed as if every dealer had at least one glass display case full of silver dollars. Despite the fact that I like silver dollars, I soon found myself tuning out these dealers and the seemingly endless rows of certified $1 coins.

As such, the dealers who offered something different were the ones who stood out. For instance, I spent quite a bit of time at a booth that offered Hard Times Tokens and other such exonumia for sale. I ended up buying these two tokens:

This one appealed to the Pittsburgher in me. This 1922 Pittsburgh Railways Co. token certainly looks cool and depicts at least two of the city’s themes. The triangle in the middle represents the joining of the Pittsburgh’s three rivers, while the brass token, itself, contains a slight yellowish tint that contrasts well with the dark background (you can see better pictures here and here). In a certain light, you can see the black-and-gold theme that’s common to so many things in the city.

I had never seen a prison token before, so I was intrigued when I saw this one from the Manhattan Detention Complex (nicknamed the “Tombs” and formerly named after disgraced former NYPD commissioner Bernard Kerik). Functioning as a form of currency that inmates can use to buy things like candy, cigarettes or snacks, prison tokens were typically made from aluminum, brass, or plastic. Prison tokens were prevalent up until the last few decades. Presumably, someone realized that giving inmates access to metallic objects probably isn’t the best idea in the world.

I found a couple other coins that struck my fancy. I bought this nickel three-cent piece because I don’t have any really nice three-cent coins in my collection and I liked how this one looked. Meanwhile, I liked the Sacagawea dollar because of its deep cameo-esque finish. These dollar coins, arguably, received an even worse reception than the much-maligned Anthony dollar. In recent years, the coin has been marketed towards collectors. After passage of the Native American $1 Coin Act in 2007, the Sacagawea dollar, by law, now features a different Native-American-related reverse image each year. I also picked up a 1980 Proof  Set (not pictured) because it was on sale.

All in all, it was a fun experience. Many of the coins on display were very expensive, so it was good to know that I could still buy some interesting coins while on a budget. Looks like there’s an event called “The World’s Fair of Money” coming to Rosemont, Ill. in August. According to the web site, the show features hundreds of millions of dollars in historic rare coins as well as “funny money” (whatever that is). Maybe I’ll have to make an appearance… 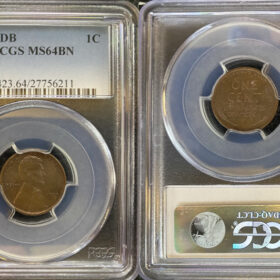