It was an odd choice for a such a momentous occasion. After all, R.E.M. was coming off the mammoth “Green” world tour where they had proven that they could rock large arenas. The logical next step would be to do what U2 had done and moved onto large stadiums. Instead, R.E.M. opted for a bare-bones acoustic show in a small studio.

It was a wise move. The “Unplugged” stage was perfect for the band, and nowhere was that more evident than when Michael Stipe opened the set with the haunting “Half a World Away,” one of the best songs off “Out of Time.” Stipe’s voice was made for this type of show (indeed, I’m surprised he’s never undertaken a solo acoustic tour where he just performs old R.E.M. songs mixed in with some of his own songs). His expressiveness and tonality really shine in a stripped-down setting, and he seems utterly at home on the MTV stage. His looseness shows in his performance, as he seems to be genuinely having fun. He laughs off a mistake on “Radio Song” and openly uses a crib sheet during “It’s the End of the World As We Know It (And I Feel Fine),” proving that the lyrics stump even him. Indeed, it’s a far cry from the days when he was a shy, reclusive presence on stage who hardly ever made eye contact with fans nor enunciated his vocals.

The acoustic stage is also ideal for Peter Buck, who has never been the kind of guitar player who needed or wanted to perform long, finger-churning solos. He seems to relish playing the mandolin and his sound dominates the “Out of Time” selections, as well as the band’s cover of “Love is All Around.” The program also served as a coming-out party of sorts for Mike Mills. The versatile bassist and keyboard player had only sung lead on one song prior to “Out of Time,” (he sang lead on two “Out of Time” songs that were not performed on the “Unplugged” set) but he seemed like a seasoned pro when he took the reins on the aforementioned “Love is All Around.” Bill Berry is arguably the one most affected by the “Unplugged” format, as he’s basically relegated to playing bongos the entire evening (he does play bass on some songs for Mills when the latter is playing piano). He does a great job, but we don’t get to see what he’s really capable of.

However, it’s a necessary sacrifice, given the tone and sound of “Out of Time.” The “Unplugged” stage was the ideal venue to unveil songs like “Losing My Religion,” “Radio Song,” “Low,” “Belong,” “Endgame,” and “Half a World Away.” Meanwhile, the band’s folk roots meant that they had plenty of songs from their back catalog that work well in an acoustic setting. “Fall of Me” has an ethereal quality that isn’t present on the original studio version. Meanwhile, “Pop Song ’89” goes from being a cynical, satirical cut on “Green” to a fun, playful song. Of the previously unaired songs on the 1991 collection, “Fretless,” an “Out of Time” b-side that also appeared on the soundtrack to Wim Wenders’s “Until the End of the World,” is the real gem. Buck has said that he believes the song should have been on “Out of Time,” and the track finally gets its due here.

While 1991 captures R.E.M. on the way up, 2001 finds the band about to hit their decline. A lot had changed in the decade between the two shows, a fact that Stipe points out while commenting on how different he looked in 1991. In the intervening decade, Berry retired for health reasons and the band’s commercial peak passed. After signing a record $80 million deal with Warner Brothers in 1996, the band released three commercially unsuccessful albums before hitting “Unplugged” for a second time: the criminally underrated “New Adventures in Hi-Fi,” the divisive “Up,” and the underwhelming “Reveal.”

In 2001, the band was clearly in transition, and didn’t sound nearly as good as they had ten years earlier. The main reason is that the newer songs just aren’t as strong. While “Electrolyte” is an excellent song that holds up to their prior output, “Daysleeper,” “Imitation of Life,” “All the Way to Reno,” and “At My Most Beautiful” don’t compare to the songs on “Green,” “Out of Time,” “Automatic for the People” or even the somewhat-maligned “Monster” (to say nothing of the vintage I.R.S. years). Yet, they represent the best of R.E.M.’s post-Bill Berry output. Clearly, the drummer’s departure was a much bigger deal than anyone realized.

In fact, the best songs on the 2001 collection are the older tunes. “Cuyahoga” is arguably the highlight of the set and provides one of the few uplifting moments of the show. For most of the other older songs, however, the band just sounds downbeat. There’s nothing wrong with that – I mean, R.E.M. has always done melancholy well (the entire “Automatic for the People” album is evidence of that). Here, most of the older selections actually work well with the band’s downcast arrangements. “The One I Love” becomes a piano-driven ballad that sounds like a funereal dirge. “So. Central Rain,” “Find the River” and “Country Feedback” get similar treatment and each song gains an additional emotional edge. It doesn’t always work, however. In “Losing My Religion,” which is the one song that it played at both shows, the band sounds flat and disconnected. Worse, Michael clearly sounds bored by having to sing the song for, probably, the one-millionth time. Compared to the 1991 version, when the band seemed energized and engaged by the new fame, the 2001 version seems over it.

For better or worse, “Unplugged” was always a show that revealed an artist’s or band’s true quality. There were no studio tricks or electronic gadgets to cover up imperfections, while being forced to play a small theater with fans breathing down their necks meant there was nowhere to hide. Mariah Carey proved her voice was legit and that she wasn’t just a studio creation when she hit the “Unplugged” stage in 1992. Bruce Springsteen learned the hard way in 1992 that his “Other Band” was no E-Street Band and had to abandon the “Unplugged” conceit after one song because he wasn’t happy with how his new band sounded. Meanwhile, a 1996 “Unplugged” taping laid bare the infamous sibling rivalry between the Gallagher brothers that would eventually destroy Oasis. Other examples include Alice in Chains, which showed us just how bad Layne Staley’s heroin habit was, and Pearl Jam, which demonstrated the band was, indeed, ready for the big time.

R.E.M. is no different. Things were going great in 1991, and the tape (or in my case, the streaming audio) doesn’t lie. By 2001, the cracks were there for all to see as years of strain, pressure and the departure of a key member had taken their toll on the band. They weren’t a spent force, but their weary performance showed that their best days were clearly behind them. Maybe the surprise is that R.E.M. managed to limp along for another 10 years after that second “Unplugged” show. 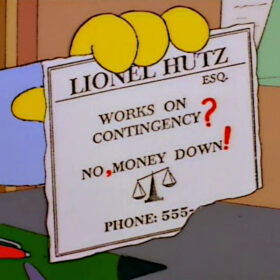