In retrospect, that undeniably exciting moment in January 2014 marked the true end of the Sir Alex Ferguson Era and the beginning of the Ed Woodward Era. Despite Mata’s undeniable brilliance, he was the type of player Ferguson never would have signed. Towards the end of his tenure, Ferguson believed in signing younger, less-established players that didn’t command high transfer fees (Robin van Persie notwithstanding). Three months shy of his 25th birthday, Mata wasn’t young. Plus, he had a big reputation and was coming off back-to-back Player of the Season awards with direct rivals Chelsea, which meant he would be overpriced.

United arguably didn’t even need him and already had a couple of players in the number-10 role. However, the club was in the midst of its worst-ever season in the Premier League, and desperately needed a Hail Mary to turn things around. So the club broke its transfer record and bought a superstar, hoping he could weave his magic and rescue the club. This would not the last time they would do this. In fact, that more or less became the overriding principle of the Woodward Era.

Sure enough, Mata wasn’t a savior — although that was hardly his fault. That United team, to say nothing of the many that came after it, was beyond saving. As the years went by, it became clear he would never get a chance to truly shine, as the club would constantly buy shinier, fancier toys in an attempt to stave off a true rebuild. He was often forced to play out of position on the wing, which meant we never really saw the playmaking midfield maestro that electrified Chelsea. However, like any great player, he adapted and became a solid goalscorer (Welcome to Juanfield!), leaving United as the fourth leading scorer of the post-Ferguson era behind only Marcus Rashford, Anthony Martial and Wayne Rooney. He may not have been the superstar United needed, but he became a stalwart squad player, beloved leader, role model, philanthropist and crowd favorite. As such, he’ll be one of the few post-Ferguson players to leave Old Trafford with his head held high.

The same can’t be said for the club he leaves behind. In fact, one could be forgiven for thinking not much has changed since that day Mata arrived. United is on pace to finish with its worst-ever point total and has now gone five seasons without a trophy. United hasn’t come close to winning the league since Ferguson retired and (assuming current standings hold) has missed the Top Four in six out of the last nine seasons).

But in some ways, the club Mata leaves is radically different than the one he joined. There’s a new sporting director in place. United has also overhauled it’s much-maligned scouting department. The skinflint Glazers have even committed to improving and expanding Old Trafford and upgrading Carrington.

Of course, the area in biggest need of a radical overhaul is on the pitch. For the last few years, the best teams in the world have all demonstrated an ability to press effectively. Despite that, United has resisted joining the fray. Louis van Gaal preached possession, Jose Mourinho liked to soak up pressure and counter, and Ole Gunnar Solskjær relied more on platitudes than philosophy.

It certainly seems as if United recognize the need to implement a similar system — otherwise why hire Ralf Rangnick, the Godfather of Gegenpress, in the first place? While incoming manager Erik ten Hag’s tactics are a bit different from Rangnick’s, there are enough similarities that he seems like a continuity hire.

If United’s brass truly want to play that style, they’ll need the right players, as well as plenty of time to train and drill the team. While United has signed some players to suit a manager’s specific style (Marouane Fellaini for David Moyes, Daley Blind and Bastian Schweinsteiger for Van Gaal, and Nemanja Matic for Mourinho, for instance), the M.O. has been to chase the best available players and hope they work out. Mata was the first of many record-breaking transfers that had the effect of papering over the cracks at United rather than addressing foundational problems. Over the years, he would be joined by the likes of Angel Di Maria, Radamel Falcao, Alexis Sanchez, Zlatan Ibrahimovic, Paul Pogba and Romelu Lukaku — players acquired more for their reputations than suitability.

Instead, they’ll have to prioritize players who will fit ten Hag’s system, as well as give second chances to players like Donny van de Beek, who played for the gaffer at Ajax. Whether it’s because they’ve learned their lesson or their lack of Champions League will price them out of moves for established stars, it should be a transfer window unlike any other in recent memory.

In other words, don’t expect any world class superstars to get dropped off via chopper at Carrington anytime soon.

UPDATE (06/10/2022): Juan Mata has posted a beautiful, classy and sentimental farewell video to United and its fans. As he said, hopefully this isn’t goodbye — more of a “see you later.” 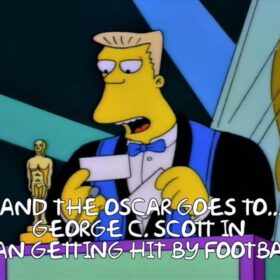