Comments Off on Career Killers: “Schizophrenic” by J.C. Chasez

When it comes to transitioning from a boyband to a successful solo career, the rule of Highlander is typically in effect: There can be only one.

In other words, boybands rarely produce multiple solo stars. For instance, Gary Barlow and Mark Owen both launched solo careers after the first Take That breakup, but neither of them made much of an impact – at least not compared to their fired colleague, Robbie Williams, who became one of the biggest pop stars of the 00’s. Nick Lachey and Jeff Timmons of 98 Degrees both released solo albums, but whereas the former had one big hit and one theme song that became fairly ubiquitous, I had to look up Wikipedia to remember the latter. Meanwhile, it might be too early to write One Direction’s epitaph, but it looks like Harry Styles is going to be the only real star to emerge from that group (sorry Zayn).

A couple of bands have bucked this rule. New Edition spawned multiple successful solo careers, but even then, only one member had more than one successful album. And of course, Michael wasn’t the only Jackson to become a solo star. Nevertheless, he so completely eclipsed his brothers, that he might as well have been — something that, apparently, stuck in Jermaine’s craw despite the fact that he managed a couple of gold albums and a handful of Top Ten singles.

So J.C. Chasez was already behind the 8-ball when he embarked on his solo career following NSYNC’s breakup. Bandmate Justin Timberlake had beaten him to the punch, releasing the popular and well-regarded Justified in 2002. That album, which would go on to be certified triple-platinum by the RIAA, was filled with infectious pop/R&B hits, funky beats and ear worms that allowed Timberlake to immediately establish himself as a solo superstar.

But if anyone could rise to the occasion, it was Chasez. The best singer in NSYNC and, possibly, out of all of the late 90’s/early 00’s boybands (Timberlake even admitted as much), Chasez had charisma, good looks, dancing chops and a proven track record. All he needed was to link up with the right producers and songwriters the way Timberlake had when he worked with the Neptunes and Timbaland for Justified and Chasez would be well-placed to break the Highlander curse.

Unfortunately for him, he recorded Schizophrenic.

In retrospect, it would have been the easiest thing in the world for Chasez to record a debut album of ballads and Max Martin-esque pop songs. After all, that’s how he got famous – to say nothing of what his fan base was accustomed to. His big, soulful voice was perfect for Richard Marx-type ballads – which probably explains why he sang “Right Here Waiting” for his Mickey Mouse Club audition and why one of his best and most well-known vocal performances for NSYNC came on the Marx-penned “This I Promise You.” In fact, if your first experience to NSYNC had been that song, then you would have been convinced that J.C. and not Justin was the one destined for superstardom.

But when it came time for them to go solo, they took divergent paths. Timberlake, arguably, took the easier one, following the Michael Jackson playbook complete with a debut album consisting of many songs that had been originally written for the King of Pop himself.

Chasez, on the other hand, didn’t seem to know what he wanted – except to get as far away from the NSYNC sound as possible.

He also wanted to demonstrate his versatility, as well as his eclectic taste in music. If Timberlake went MJ, Chasez seemed to take his inspiration from another 80s musical icon: Prince. “I think what people [realize] is that Prince is an open-minded artist, unafraid to combine rock ‘n’ roll and R&B,” Chasez told the Morning Call. “And the fact that I am willing to try and do the same. But in no way, shape or form am I Prince.”

Truer words were never spoken. While Chasez channels his best Purple One and dips into many different genres and musical stylings, including rock, pop, R&B, soul, and even New Wave, he never comes close to the kind of quality that Prince could deliver in his sleep. As such, the appropriately named Schizophrenic ends up being an unfocused, chaotic record that doesn’t know what it is, let alone what kind of audience to appeal to.

For instance, “All Day Long” and “Everything You Want” have an overt 80’s feel, with the former being inspired by Gary Numan, while the latter sounds like a Police outtake. “Something Special” has a George Michael circa Faith feel to it, while there is so much clapping on the song, that it could have been produced by Ric Ocasek. “Come to Me” lifts its riff almost directly from “Sunglasses at Night” (to the point where they gave Corey Hart a co-writing credit just to be safe) while sounding like it was being played by Dave Stewart of the Eurythmics. And, taking a page out of his bandmate’s playbook, “She Got Me” sounds like Off the Wall-era Michael Jackson.

Other decades are represented, as the frantic “100 Ways” sounds a bit like “Superfly” while “Lose Myself” is like a spiritual successor to Seal’s “Kiss from a Rose.” Meanwhile, “Build My World” and “Right Here (By Your Side)” are probably the NSYNC-iest songs on this album, but in a testament to Chasez’s desire to steer clear of his old sound, they would have been outliers in his old band’s catalogue.

In keeping with the overall theme of the album, the production, handled by the likes of Basement Jaxx, Riprock ‘n’ Alex G, Dallas Austin, Rob Boldt and Chasez himself, is scattershot and varied. Nevertheless, there are some common threads. There’s a heavy emphasis on electronic sounds and beats, although on some songs, it sounds almost video game-like. “Mercy” has a background sound that resembles what old sci-fi TV shows or movies use when they want to denote time travel or computers. And on “Blowin’ Me Up (With Her Love),” a song that was actually released first on the Drumline soundtrack and ended up being Chasez’s sole Top 40 hit in the U.S., there’s a blippy sound effect in the chorus that almost sounds like Pac-Man.

The other common thread is Chasez’s explicit and overtly sexual lyrics. Clearly inspired by The Artist Formerly Known as The Artist Formerly as Prince, Chasez doesn’t go as far as using the number “2” in place of the words “to,” “too” or “two,” or the letter “U” for “you,” but the sentiment is still the same. Most reviews focused on this line from “Come to Me”: “I lay awake and masturbate/ I love to hear the sounds you make.” As far as lines go, it’s about as far away from “God must have spent a little more time on you” as can be.

Other songs reinforce this theme. Lead single “Some Girls (Dance With Women)” (featuring a rap from none other than Ol’ Dirty Bastard in one of his last recorded performances before his 2004 death) is about how Chasez gets turned on when girls dance with each other at clubs. “Might have to peel me off the ceiling/ I’m like a soda that’s been shaken up… boom” he sings in a quiet, understated “come hither” tone that doesn’t come close to showing off his impressive vocal range. On second single, the more rock-oriented “All Day Long I Dream About Sex” he sings: “Keep in mind, I’m a love machine/ Get it twenty four seven, call me any time you need,” right before making it clear that “All day long I dream about sex/ And all night long I think about sex/ And all the time I think about sex with you, with you.” And on “Blowin’ Me Up (With Her Love)” (a song, ostensibly, about excessive texting and not other things), he unleashes this one: “Tell a story/ She was leaning on me/ Getting horny/ Maybe we’ll get naughty.”

It’s certainly a bold departure for Chasez from his NSYNC days. Unfortunately, it seems like a contrived move from someone trying a bit too hard to shed his bubblegum image. It might have worked had J.C. been the bad boy in the band (Was there really a bad boy in NSYNC? I guess there was Chris Kirkpatrick with his white boy dreads, but those were just bad.), but he always came across as a nice, if kind of weird, guy.

To be fair, Schizophrenic isn’t a bad album. There are some good songs here, most notably “She Got Me” (which sounds a bit too much like something Justin would do, which is probably why it wasn’t released as a single) and the lead single, which is undeniably catchy. Chasez really hits his stride in the middle of the record, which contains several strong tracks, including the excellent “If You Were My Girl,” “Something Special,” “One Night Stand” and possibly the best song on the album, the Basement Jaxx-produced “Shake It.” It’s easy to second-guess Chasez’s choices in hindsight, but it seems like he worked well with Basement Jaxx (they also collaborated on the 2004 single “Plug it In“). Maybe they should have had more of a presence on this album. At the very least, Chasez couldn’t have done worse by releasing “Shake It” as either his lead or second single.

Ultimately, the album doesn’t do enough to showcase his talent. In NSYNC, he made his reputation as a fantastic vocalist with a big voice who was great at singing dance tunes and could belt out ballads better than any of his peers. On Schizophrenic, he doesn’t really get to showcase his chops that much, nor does he really allow himself to build much of an identity as a solo artist (except as a horndog). Obviously, artists have to grow and Chasez was right to move away from his bread-and-butter. However, he swerved so radically and violently away from what most people had known about him to the point where it became counterproductive. Trying so many different things and not particularly succeeding at any of them hurt any chance he had of succeeding as a solo artist – let alone catching the other guy.

And when that guy instigated the infamous Wardrobe Malfunction at the 2004 Super Bowl, you might be surprised to know it was his former bandmate that ultimately paid the price. Chasez was scheduled to perform at the NFL Pro Bowl halftime show the following week before authorities pulled him. The fact that he was doing the Pro Bowl show while Justin did the Super Bowl was quite symbolic of where the two were in their respective careers at that point. Nevertheless, the Pro Bowl gig was a big deal for someone like Chasez, who had only had one real hit as a solo artist.

The exposure could have helped him – instead, his solo career pretty much fizzled out after “Some Girls” and “All Day Long” flopped on the singles charts. The album didn’t do much better, selling approximately 121,000 copies. Chasez tried to record a follow-up, 2007’s The Story of Kate, which was more ballad and adult contemporary-oriented. Timberlake even worked with him on some of the tracks. However, Jive refused to release it and Chasez left the label soon afterwards. He’s mainly worked behind the scenes since then, although he does still perform from time-to-time, showing off that amazing voice and making us all wonder what could have been.

Maybe J.C. was never meant to have a successful solo career. Maybe the Rule of One meant that his chances for success evaporated the moment Justin Timberlake became a star. Or maybe there was room for J.C. Chasez to become a star in his own right – only Schizophrenic made sure that wouldn’t happen. 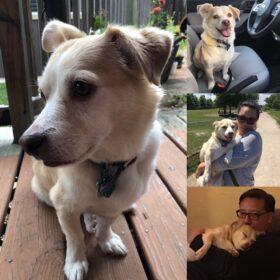 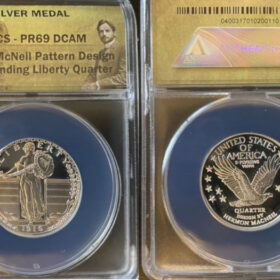