Instead, the club summed up his up-and-down six year tenure and focused on the #Pogood instead of the #Pogbad — most notably the two cups, the Pogba-inspired comeback against City in 2018, as well as his accomplishments with France (particularly, the 2018 World Cup). Of course, that only underscored how the #Pogbadge he seemed to play his best for was the French national team’s, and that he only sporadically showed the same type of form for the club that #Pogbroke the #Pogbank to sign him.

Maybe it was because of the price tag that things went the way they did for Pogba at United. The exorbitant fee put a gigantic target on his #Pogback and plenty of people (most notably ex-Liverpool player-turned-curmudgeonly commentator Graeme Souness) constantly criticized Pogba over the smallest things while refusing to praise him when he played well. Whenever he dyed his hair, he was excoriated for caring too much about his image. Whenever he celebrated a goal by dancing (especially if he did a choreographed routine with his buddy Jesse Lingard, whose departure was also announced Wednesday), he would be slammed for not taking things seriously. If he posted a video on Instagram or Twitter, he was labelled as a social media dilettante or worse. There was, undoubtedly, a racial double-standard at play. For instance, no one complained when Peter Crouch did the robot dance after scoring goals. Or when Phil Foden launched a TikTok account. Or when when David Beckham went through his many different hairstyles (for the record, I quite liked the shaved head — I thought he pulled it off well).

To be fair, United share plenty of the #Pogblame for not getting the best out of him. Managers moved him around on the pitch, playing him as a defensive midfielder, part of a midfield two or three, a left winger and even a false-nine. At Juventus, he thrived playing in a midfield three, linking up with pass maestro Andrea Pirlo and defensive-minded Arturo Vidal. He never had that same type of defined role at United. In fact, The Athletic makes clear that the club signed him without any clear strategy in mind. In many ways, he epitomized the Ed Woodward Era. He was signed because he opened up a lot of new marketing and commercial possibilities for the club and because he was a good footballer who would surely help the club just by virtue of the fact that the was talented and in demand. Plus, he was the prodigal son coming home — the club righting one of the few major mistakes of Sir Alex Ferguson’s tenure.

Instead, the club is repeating history and losing him on a free — possibly to Juventus again. In the end, there were some good moments, but in no way did United get the most #Pogbang for their #Pogbucks. 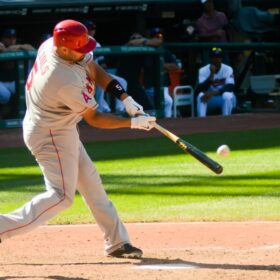 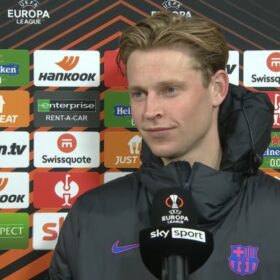