Comments Off on Career Killers: “Do You Know” by Jessica Simpson

In theory, a switch to country music should have worked for Simpson. Born and raised in Texas, Simpson claimed to have always loved country music. “I am a country girl,” she told Billboard in 2007. “I grew up in Texas, and country music was what I listened to. I always wanted to make a country album, but I wanted to wait until the time was right.”

Additionally, Simpson seemed to have a lot in common with another pretty blonde with a big voice who once dated Tony Romo: country superstar Carrie Underwood. In fact, Simpson would hire several of Underwood’s songwriters for Do You Know, including Hillary Lindsey, who had already co-written several #1 singles for the American Idol alum.

Those weren’t the only heavyweights Simpson recruited to help her move into country. No less of a legend than Dolly Parton herself shows up to duet with Simpson on the title track. The final result is, obviously, much better than the last time Simpson tried to do anything Dolly-related. However, it also shows how out of her depth Simpson is on this album as Dolly completely blows her out of the water. Simpson can sing, but she’s a pop singer, first and foremost. Trying to go note-for-note in a country song with one of the biggest Nashville icons was only going to end one way.

Indeed, Simpson’s entire foray into country just seems forced and artificial. While she does manage to do a passable twang on some of her songs, her voice is, ultimately, too clean and too pop for country music. In a lot of ways, she sounds like Shania Twain during her Mutt Lange era. That isn’t a bad thing — after all, Shania managed three diamond-certified albums during that time and Come On Over is the best-selling album of all time by a female solo artist.

Unfortunately for Simpson, her songs aren’t nearly as good as the ones on The Woman in Me, Come On Over or Up! Simpson’s lead single, coincidentally also called “Come On Over,” is a mediocre pop song with the obligatory pedal steel guitar tacked on to ensure it gets played on country radio and CMT. “You’re My Sunday,” is supposedly her ode to Romo, but it reads more like a generic, shallow love song that could have just had the “Sunday” part tacked on so there would be a vague football reference. Good thing she didn’t date a boxer because she would have had to change it to Saturday. The song would have been much more interesting had she added in how she felt over the fact that Romo never defended her after angry Cowboys fans blamed her for the team’s loss to the NY Giants in the 2007-08 playoffs.

There are a few songs on this album that might have worked better as pop tunes — perhaps more in line with In This Skin or Simpson’s 2008 follow-up, A Public Affair. “Still Beautiful,” a catchy number with the kind of positive, life-affirming messages that are like catnip for pop stars, sounds like it could have been a Faith Hill-type of hit, while “Sipping on History,” an introspective song about love and opportunity lost, could have worked well on A Public Affair, her post-divorce record.

But that’s not to say she never hits it out of the park. Simpson shines on second single “Remember That,” a compelling song about surviving an abusive relationship that doubles as her best performance on the record. While the song is one of the few on the album she did not co-write, in many ways, it seems like her most personal. As we found out in her 2020 autobiography, Open Book, Simpson is no stranger to either sexual abuse or abusive relationships, so the lyrics clearly resonated with her. Meanwhile, the opening lines of the song could have described how she felt about her Newlyweds experience. “Remember how he told you you were stupid,” she sings.

Another highlight is the soaring “When I Loved You Like That.” This time Simpson has a co-writing credit and you wonder if lyrics like “You lit me up just like a match/ Then you burned me out just as fast / You flew me high just like a kite/ Up in the air, leaving me there alone in the sky.” were meant for a certain someone. And if the bitter line “Go home and make love to her and picture me” is about that certain someone’s future wife. Or maybe the lyrics have nothing to do with her former hubby and are about John Mayer who, if you believe the stories about him in Open Book, was probably the biggest source of drama for her in the years leading up to Do You Know (and one of the main reasons why Romo and Simpson ultimately went their separate ways). Either way, it’s telling that the best moments of her country album come when she, seemingly, sings from the heart. Clearly, she had a lot of pain and anguish she had been holding on to — channeled into the right project, they could have produced something spectacular. But maybe she wasn’t ready to go there yet, and understandably so. Arguably, we ended up getting that project when she released her book, which is actually quite good.

Ultimately, the rest of the album fails to reach those heights. Reviews for Do You Know were decidedly mixed and the album struggled to find an audience. Entertainment Weekly published a particularly savage review not-so-helpfully reminding her that “we already have a Carrie Underwood, honey…and she probably turned these songs down.” Simpson’s pop fans didn’t follow her to Nashville, while country aficionados, already skeptical of her motives and authenticity, stayed away — when they weren’t booing her off the stage, of course. The record sold approximately 200,000 copies worldwide, making it the worst-selling album of her career up to that point.

In retrospect, it’s easy to point to Newlyweds as the beginning of the end for her (at least when it came to acting and singing). The show made her a star but not for the right reasons. For one thing, she was seen as a joke and not someone to be taken seriously. That’s not insurmountable, of course. At the time, the show was being positioned as the next I Love Lucy, with Jessica and Nick as the Lucille Ball and Desi Arnaz of the Reality TV Era. Ball was able to overcome her ditzy persona to carve out a long, successful career in TV by relying on her talent, hard work, intelligence and natural charisma. There’s no reason why Simpson, who is clearly far more intelligent than how she came across on her show, couldn’t do the same.

But that leaves out her other defining characteristic from the show: her seemingly spoiled nature. Even though she was the one getting jobs and selling records, it was Nick that viewers actually liked. Between his down-to-earth personality, blue-collar practicality and seemingly infinite amount of patience, Nick seemed like a genuinely good guy.

And when they divorced, Jessica stayed quiet, allowing Nick to control the narrative. He played the role of the blindsided husband who was being dumped because his wife wanted to go be a star to a tee, allowing him to get valuable sympathy from the entertainment media. He even had the right songs queued up to further his version of the facts. From the mournful “What’s Left of Me” (complete with video showing him losing everything while TV cameras are in his house capturing everything a la Newlyweds) to the not-so-subtle “I Can’t Hate You Anymore,” Lachey was finally a solo star. After not even charting with his first album, his sophomore effort, 2006’s What’s Left of Me, went gold and peaked at #2 on the Billboard charts.

Simpson, on the other hand, went the other way. Within months after Lachey’s “divorce” album hit the stores, Simpson released A Public Affair, an upbeat, dance-influenced record that sounded a lot like early Madonna or Janet Jackson. The video for the title track, which happened to be her lead single, showed her and her famous friends living it up and enjoying the single life — a stark contrast from Lachey’s sad and devastating video for “What’s Left of Me.” It only reinforced the dominant narrative that she had kicked Nick to the curb in order to focus on herself, something Simpson says couldn’t have been further from the truth.

But perceptions die hard — especially when it comes to a beloved couple that made large parts of this country fall in love with it. “[A Public Affair] did fine numbers, but it was clear when I tried to promote the record that people weren’t ready to see me so happy after my divorce,” Simpson wrote in Open Book. She added that when she released “I Belong to Me,” the second single from A Public Affair: “[P]eople weren’t ready to hear ‘I Belong to Me.’ They thought it should have been, ‘I Belong to Nick.’ [original emphasis]”

A Public Affair would go gold, but ended up selling a tenth what In This Skin did. More importantly, Affair’s failure helped convince her to reinvent herself, setting the stage for her disastrous foray into country music. Do You Know ended up being such a flop that Simpson decided to take a hiatus from music and ended up being dropped from her label. Other than an independently produced Christmas album in 2010 and some singles she released in 2020 to help promote her autobiography, she hasn’t done anything musical related since. Instead, she spends her days running her successful fashion brand and raising her family with second husband, ex-NFL tight end Eric Johnson.

And considering she’s currently worth approximately $200 million thanks to her clothing empire, it was probably for the best that Do You Know killed off Jessica Simpson’s singing career. Otherwise, she might have pulled a Liz Phair and tried rap next. 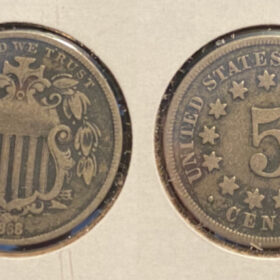 No Other that Compares With You